Zeemon is leader of the Guardian Council and civil administrator of GoBotron. A renowned political figure among the Guardians, Zeemon lost his ability to convert centuries ago in battle, and refused to undergo restorative Modification to mark his failure on the battlefield.

Centuries ago, Zeemon was active as High Protector of GoBotron. He shared this rank with two other Guardians, Leader-1 and Cy-Kill. Years before the GoBots arrived on Earth, Zeemon led a mission to Parthis, home of the Parthian Raiders that had been harassing GoBotron, where a critical shot disabled his transformation circuits. As a mark of his defeat, Zeemon refused the modifier, feeling he was owed such a punishment for his overconfidence. "Et Tu, Cy-Kill" 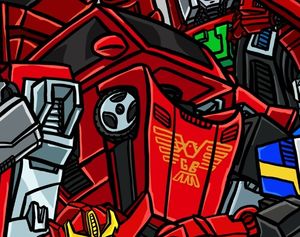 When Bladez of the Monster GoBots infiltrated the Guardian Council on behalf of the Master Renegade, he attempted to eliminate Zeemon in order to seize power. Rebels Without A Circuit Even worse, the under-suspicion cadet squad the Robo Rebels found Zeemon's body and took the blame for the attack. Fugitives

Fortunately, Bladez was eventually revealed as the traitor and Zeemon recovered from his injuries. He attended the graduation ceremony with Major Mo where the Robo Rebels were redeemed and rose to become full Guardians. Graduation Day

Zeemon presided over a treaty where Leader-1 and Boulder officially pledged the alliance of the Guardians and the Rock Lords. On the Rocks

In an alternate reality, the Renegades ruled GoBotron after Cy-Kill used a Time Portal to remove Luther Unum from the timeline before he could become Leader-1. Zeemon was one of Cy-Kill's personal valets on GoBotron in this timeline. Renegade Victory Part 1 However, Zeemon was secretly working for the resistance, and led an uprising on GoBotron shortly before reality was restored to its proper order. Renegade Victory Part 2

Zeemon and the Guardian Council were immobilized by a super-algae concocted by the Master Renegade and Zero. However, Leader-1 and the Guardians ultimately succeeded in destroying the weaponized algae. Trash and Treachery

When Leader-1 lost his memory, Cy-Kill convinced him he was part of the Renegades, and together they staged an attack on GoBotron. But the cunning Zeemon surrendered the Guardian Council peacefully to Cy-Kill, knowing the Renegade leader would kill him rather than take him as a political prisoner. Even an amnesiac Leader-1 would never accept this, and sure enough he turned on Cy-Kill and the Renegades. The real Zeemon leapt from hiding to tackle Cy-Kill and save Leader-1, now that his holographic double was no longer needed. The Arithmetic of Memory

After Cy-Kill stole a Quantum Tunneling Shield powered by Scootonium, Zeemon worked with the Guardians to set a trap for the Renegades. He announced a tour of the GoBotron Fortress in order to lure Cy-Kill out and recover the shield. The Scootonium Scenario

Guide Star has chosen to serve Zeemon as a computer specialist rather than working as a full-time warrior. Opportunity Knocks Part 2

In the year 2085, Zeemon and Leader-1 still oversaw the Guardians on GoBotron. They were nearly prepared to end the war with the Renegades, but Cy-Kill's last minute treachery kept the conflict brewing. All Tomorrow's Utopias

Zeemon was playing a game of Tadek with Vec-Tor when the latter received an alert from Maccadam that Sideways and Gong were planning to interfere with the universal streams. Echoes and Fragments

Zeemon was one of the very first Go-Bots. Built as a solution to the traffic problem, Zeemon drove his master where he needed to go and walked alongside him. Go-Bots #1 When the Go-Bots rebelled against humanity and rebuilt Earth into Gobotron, Zeemon lived through it all. Years in the future, he'd fallen under the command of the charismatic Road Ranger, joining him in the fight against the Vamps and later on the ruling council of the new Go-Bot society. Go-Bots #5 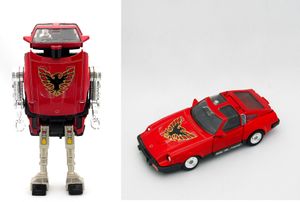