Cy-Kill creates Puzzler to go up against Courageous, but his new human allies interfere in his plans. 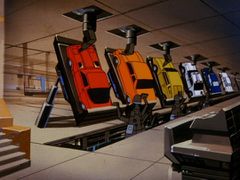 Seeking a way to counter the might of the Guardian Power Warrior Courageous, Cy-Kill devises a plan to construct six new robots who together will combine to form "Puzzler", a giant Renegade able to tackle Courageous on even footing. The Monster GoBots are sent to acquire the materials and funding necessary for the project: Scorp tunnels into a Detroit steelyard to steal metal; Vamp hacks into the computers at the International Bank Gold Depository to redistribute finances; and Pincher raids an army base for electronic components. Finally, Cy-Kill pays timid used car dealer Larry "L.E." Cocoa to act as their representative in the purchase of a factory to construct the robots. When the robots are completed, the reluctant Cocoa is further coerced into selling them, in their automotive modes, through his business—something that frustrates Cocoa's belligerent wife Hilda, who forces the nebbish little man into asking Cy-Kill for more money. 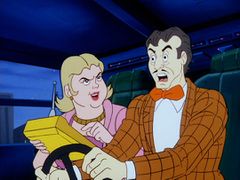 Meanwhile, General Newcastle calls upon the Guardians to investigate the Monster GoBots' repeated thefts, and the heroes split up to simultaneously investigate the three locations. Scooter and Nick catch Vamp in the act at the gold depository, but when Scooter's holograms fail to sufficiently hide them from detection, Vamp knocks the pair out and throws them in the depository's vault. Vamp fails to reckon with Scooter's computer skills, though, and the little Guardian soon picks the door lock electronically and frees them. At the same time, Turbo and A.J. are pursued through a Detroit sewer by Scorp, but manage to trick him into driving off the edge of an overflow pipe. At the army base, Leader-1 appears to be caught unawares by Pincher, Crasher, and Cop-Tur, but proves to have set a trap of his own when a shockwave from Crasher blows the wall open, revealing Newcastle and a platoon of soldiers and tanks. Summarily thwarted, the Renegades return to the factory to report their failures to Cy-Kill. While the Renegade leader is distracted berating them, the money-hungry Hilda snatches the remote device used to control the six Puzzler components and flees with her husband in the last component left in the factory. 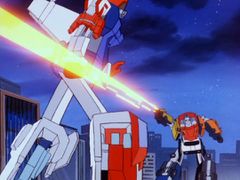 The Renegades give chase, but find their efforts stymied by the arrival of the other Puzzlers, who Hilda unintentionally calls to her defense by randomly pressing buttons on the control device. When she happens to hit the right button, the six cars transform to their robot modes (with the Cocoas being ejected in the process) and merge into their towering combined form, just as the Guardians arrive on the scene. The Guardians try to take on Puzzler as it fires wildly around it, but Cy-Kill soon recovers the remote from Hilda and takes control of the giant robot. While Leader-1, Turbo, and Staks keep Puzzler busy, Scooter races back to the Command Center and contacts Path Finder on GoBotron to have the Guardians' Power Suits Astrobeamed in. The arrival of the suits prompts the other Renegades to join the fight, but they are no match for the powered-up trio; Leader-1 baffles the Monster GoBots with holograms while Turbo and Staks use their enhanced firepower and forcefields, respectively, to occupy Puzzler. Path Finder soon arrives with the fourth Power Suit and the Courageous ship, and the Guardians link up into their Power Warrior form. After a brief struggle, a few well-placed blasts from Courageous shake Puzzler to pieces, leaving the defeated Renegades no choice but to flee... and Cocoa and his wife at the mercy of the disgruntled customers to whom he sold the Renegade cars in the first place! 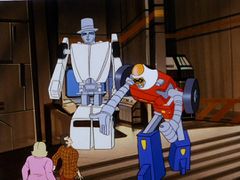 "Outsmarted?! That's not very hard when the three of you have the combined intelligence of a ping-pong ball!"

—Cy-Kill is unhappy at the Renegades' failures

"Get away from me! I warn you, I'll scream! Take this!"
(Hilda throws the control device at Cy-Kill like a weapon, but he grabs it)
"Thaaaank you, I shall!" 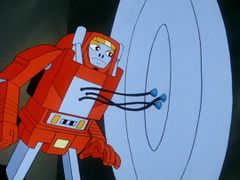 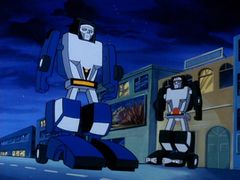 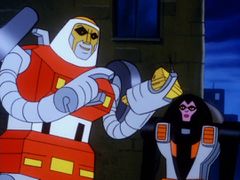 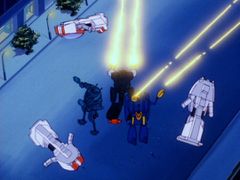 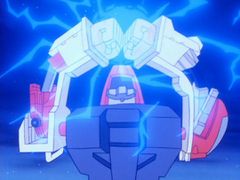 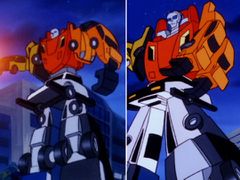