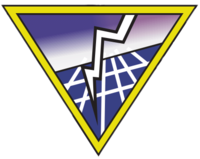 The Renegades aim to take over GoBotron. Over thousands of years, they have clashed with the Guardian security forces time and again. 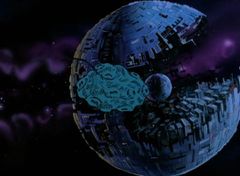 The Renegades started out as a group of GoBeings on GoBotron who wanted... well it's not clear but a chunk of the population disagreed and like many a giant metal world GoBotron was plunged into civil war, known as the Renegade Revolt. A key factor in this ideological schism might have been that their leader, known only as the Master Renegade, decided to eschew traditional political discourse by towing an asteroid through space and hurling it at the planet. The climate changes this caused threatened the very existence of life on GoBotron, until Renegade opponent the Last Engineer devised the GoBot form - a robotic body that could house the organic brain of a GoBeing[1]. Both the Master Renegade and the Last Engineer would disappear before the war was over. However the GoBot technology fell into the hands of the Renegades as well and the war continued. Initially the disappearance of the Master Renegade and the Last Engineer created a vacuum known as the Dark Times when numerous warlords vied for power but the Renegades remained when this period finished[2]. 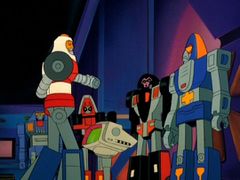 However, their revolt ultimately wilted in the face of the Guardians and their trio of High Protectors - Leader-1, Zeemon and Cy-Kill. Most of them were forced off-planet to and reduced to raids on mining operations. However, the movement received a shot in the arm when a group of fugitive Renegades on Xeros defeated Cy-Kill, which set off a chain of events that saw the disillusioned High Protector free the captured Renegades Crasher and Cop-Tur while defecting himself, with Fitor and Dart following him across. The group were able to maintain a presence on GoBotron in the form of their Renegade Fortress, where they were able to build Zod. However after a raid to steal a new portable Astrobeam from a Guardian facility Leader-1 received permission from the Guardian Council to storm the stronghold. However, Cy-Kill had already decided the Renegades' position on the planet was untenable, and had made an alliance with the human scientist Doctor Braxis, planning to conquer Earth and use it as a staging ground to build a whole fleet of Zods without Guardian interference, and then using them to invade GoBotron. To this end Cy-Kill travelled to Earth with Crasher and Cop-Tur, leaving Fitor and the rest of his followers to fight a delaying action at the Fortress. While they were able to take control of Earth's population for a time they were ultimately frustrated, and the Fortress was overrun with those inside captured. 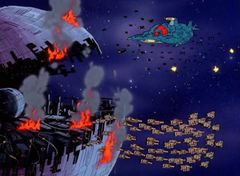 However, Cy-Kill had planned for this contingency; the huge space cruiser Roguestar was already nearing completion, and had crew onboard including the devious Dr. Go. Cy-Kill and Fitor were soon able to engineer a break-out and escape from GoBotron's Prison Moon and return to take command of Roguestar. Soon afterwards a chain of events triggered by their escape led to the Guardians unwittingly returning the Master Renegade from hiding on Antares III. With his Transgressor technology added to their arsenal, the Renegades were able to mount a full-strength assault on GoBotron. The Guardian defences were overwhelmed and Leader-1 was captured while many of the Guardians were disabled or captured. However a handful managed to avoid capture, including Turbo, Small Foot and Scooter. They were able to find the Last Engineer and restore Leader-1, while Cy-Kill and the Master Renegade struggled to work together. This led to the GoBeing attempting to seize control of Roguestar as the Guardians were making a last-ditch counter-attack, and with the aid of the Power Warrior Courageous the Renegades took heavy damage before retreating, ceding control of GoBotron back to the Guardians. The Master Renegade was imprisoned on Roguestar afterwards. 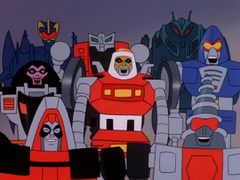 Following that the conflict entered something of a stalemate. While Cy-Kill had an endless stream of schemes to conquer Earth, conquer GoBotron or destroy the Guardians - time travel[3], placing spies among the Guardians[4], reunions with Braxis[5] or other humans [6], brainwashing Guardians[7], allying with powerful aliens [8], building or stealing various superweapons[9], attempting to build something to counter the Power Suits[10], attempting to take advantage of irresponsible human technology[11], building an undersea base[12], kidnapping human scientists[13] and psychics [14], meddle with the planet's climate[15], holding bogus peace talks[16], sabotage[17] and more - they were always foiled. 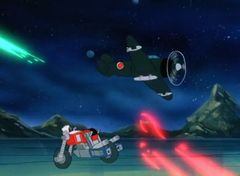 However, they also managed to retain the powerful Roguestar as their mobile base, and between the ship's power and stealth abilities the craft was a constant thorn in the side of the Guardians, who made unsuccessful attempts to destroy it[18]. And there were several occasions when their plans might have failed to fully reach fruition but they were able to bloody Guardian noses, often raiding convoys successfully and destroying various Guardian and UNECOM facilities, including the Star Fortress[19]. They were also able to free both Cy-Kill[20] and Fitor[21] from Renegade custody. However, some dissent came from within Renegade ranks - the long-serving Zero openly rebelled after another of Cy-Kill's plans failed and led a breakaway group which was joined by Stretch, Bad Boy and Twin Spin, scoring some successes against both loyalists to Cy-Kill and the Guardians before eventually overreaching, though Zero himself escaped.[22]. Later Vamp and Scorp broke ranks to free the Master Renegade, their creator - though once again Cy-Kill was able to overcome his rival and bring his troops back into line, though the GoBeing was able to escape with another of his minions, Creepy.

The Renegades did suffer a chastening defeat when they decided to follow up a series of successful interdiction raids with another full-scale attack directly above GoBotron; the Guardians anticipated this and lured the Thruster fleet into a trap, with most of the Renegade ships being destroyed by a waiting squadron of Command Centers[23]. Nevertheless they were later able to rebuild enough to muster a much more successful raid on the planet in order to snatch the Rock Lord Solitaire from the Guardians' GoBotron Fortress. However, the subsequent expedition to Quartex and alliance with Magmar's Evil Rock Lords would ultimately end in defeat when Cy-Kill was unable to successfully wield the Ultra-Scepter[24].