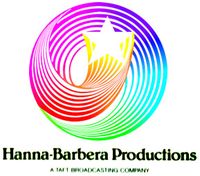 Hanna-Barbera Productions was an American animation studio and production company founded in 1957 by William Hanna and Joseph Barbera. It produced some of the most acclaimed and popular cartoons of all time, including The Flintstones, The Jetsons, Wacky Races, Josie and the Pussycats and Top Cat. And also Challenge of the GoBots. In 1991 it was absorbed into Warner Brothers' animation division.

While more famous for their own creations, Hanna-Barbera had produced several licenced shows over the years and as competition from overseas animation studios grew in the eighties were more than happy to take on the commission from Tonka to produce a cartoon based on GoBots. While Hanna-Barbera Productions oversaw and created the series they did not make all of the animation itself, with most being outsourced to Wang Film Productions as was becoming common industry practice at the time.

The studio's background in comedic animation is likely the source of one of the biggest differences between Challenge of the GoBots and the Transformers cartoon and most other male-orientated toy tie-in series of the time - the use of so-called Cartoon physics. In the GoBots series both robotic and human characters display considerable physical flexibility and OTT facial reactions.