An '80s cartoon show visits Japan. You can guess the rest. 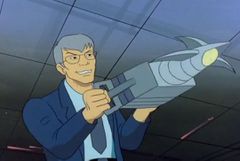 Scooter, Nick and A.J. investigate a gas seepage on Earth. Though scan reveal the gas is safe it knocks the humans out, so Scooter takes them back on the Command Center and contacts Leader-1. The Guardians are on assignment at a UNECOM research base in Japan, where Doctor Hyashi is making huge strides in genetic cloning, showing her recreated dinosaurs - kept in suspended animation - to Leader-1, Turbo and Matt. They are interrupted by her colleague Doctor Eiji Tsuburaya, who has invented a device to enlarge and modify organic life as living weapons. Hayashi chastises him, believing his invention could endanger the world and immediately suspends him from the base's research staff. He is furious and feels dishonoured for being treated this way in front of the GoBots, swearing revenge. News of this soon reaches Cy-Kill, Crasher, Cop-Tur and Dr. Go in Roguestar above, and the Renegades realise how useful his skills could be to them. Back in Japan Tsuburaya decides to prove his device by using it on the three dinosaurs. A.J. and Nick reawaken after being knocked out for 8 hours, 3 minutes and 4.8 seconds just as the beasts break loose. Tsuburaya names them Jerigan, Kaitudan and Ichigar. They soon break free and Ichigar begins menacing the Guardians, proving immune to Turbo's blasters before batting him out of the air with its' tail. It then fires a bolt of energy from its' mouth to damage Leader-1 before knocking him out of the sky too. 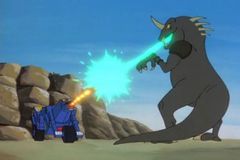 The Renegades then arrive and Astrobeam Zod in to face Ichigar but the pair rapidly stalemate - to Tsuburaya's delight. However, Cy-Kill is able to mesmerise Ichigar and has Dr. Go beam them away before the Guardians can intercede - also taking Tsuburaya with them. He plans to make the scientist create another mutation ray device while Jerigan and Kaitudan are captured. The scientist refuses to help but Dr. Go paralyses him. Kaitudan meanwhile is found by a part of Scouts while Jerigan attacks a fishing boat; at the wrecked UNECOM base Matt finds a canister of the gas and suggests using it to get the monsters to sleep when Scooter picks up the distress calls. Leader-1 and Turbo head to the mountains to face Kaitudan, but The monster knocks Turbo out with its' eye-beams. Meanwhile Scooter takes the Command Center and the humans out to sea. They succeed in drawing Jerigan's attention away from the boat but are shot down and plunge into the sea. 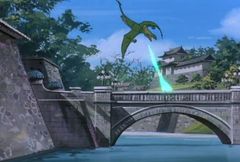 Jerigan is about to finish them off when it is Astrobeamed away, with Kaitudan following soon after. All three are kept in a cavern by Cy-Kill. Dr. Go meanwhile is forcing Tsuburaya to build a new device; instead the scientist builds a light beam and blinds the Renegade and then guards Tank and Geeper-Creeper before escaping in a jet fighter, planning to undo the damage he has done. Cy-Kill meanwhile unleashes the monsters on Tokyo, causing devastation. The Guardians meanwhile have equipped with a concentrated version of the gas provided by Doctor Hyashi but Kaitudan knocks out the Command Center's communications as Leader-1 calls GoBotron for back-up. Thankfully the message got though - Hans-Cuff and Blaster arrive, together with the Power Suits. They form Courageous, but while the Power Warrior evens the odds the monsters keep coming. Tsuburaya then arrives and takes the gas canister from Matt. He is able to all three before he is overcome by the gas himself. The Renegades arrive to find Courageous ready and immediately retreat. On recovery, Tsuburaya reverses the mututations and returns the trio to normal dinosaurs. He is even likely to resume his research with Hyashi, though Matt notes it's not nice to fool with mother nature as a cloned dinosaur roars in agreement. 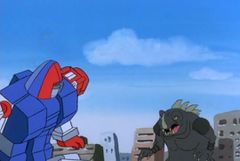 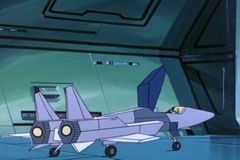 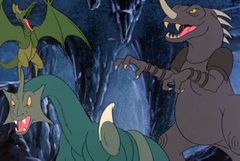