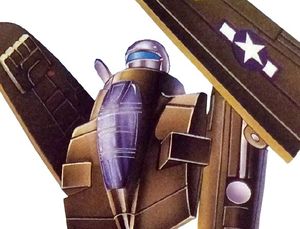 Bolt is a Guardian. While given to bouts of frustration he is ultimately a brave and resolute fighter.

After the Renegades destroyed a Harvester convoy full of material for the reconstruction of GoBotron, Bolt was present at a meeting of the Guardian Council, where along with Man-O-War he expressed frustration that so much of the Guardians' hard work was being undone by such raids. He was later involved in a second convoy, as one of the pilots of a Command Center towing huge metal plates to the planet. When the Renegades again attacked Bolt switched to aircraft mode and engaged the attackers along with Mach-3, ultimately helping win the Guardians time to avoid complete disaster. Leader-1 subsequently goaded Cy-Kill into mounting an all-out assault on GoBotron; Bolt was one of those who baited the Thruster fleet, along with Leader-1, Mach-3 and Ace. While he was shot down the plan was ultimately successful, as the Guardians' Command Centers caused huge damage to the Renegade fleet. Mission: GoBotron 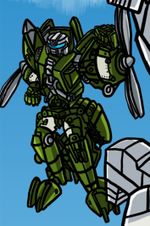 During the Diaspora, Bolt was dispatched to Level 51 along with an assortment of Guardians and Renegades. Cultural Appropriation

Bolt was a member of the Guardian team who confronted the Autobot Spy Changers as they arrived on Strata 22. They captured Silverstreak before learning the Spy Changers were not a new form of Renegade. Brain Problem Situation

As Sideways and Gong played with mingling universal streams, a battle took place at Guardian City on Earth between the Guardians and the Decepticons. Bolt arrived from Moonbase One along with Leader-1 and more reinforcements. He joined Scratch, Dozer, and Staks in the Power Suits to form Courageous and battle the mighty Devastator. Echoes and Fragments 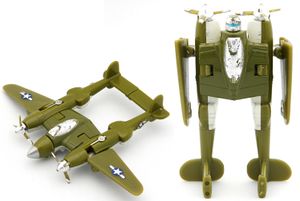 Bolt was released by Tonka in the third series of GoBots, and converts from robot to USAAF Lockheed P-38 Lightning aircraft in 6 steps. Initially designed by Bandai for the Machine Robo line, the figure was unreleased until the prototype was used by Tonka. Bolt is generally more stable and durable than many of the figures of the same origin, with no major areas of wear or fragility and some decent shoulder articulation, though the thin plastic of the wings can stress and the propellers can twist and snap. Despite his thin arms (which have hands sculpted on them in relief, cf. Bad Boy) he is probably one of the more successful figures that Bandai abandoned.

The European release of Bolt was unchanged from the GoBots version. Apart from the fact that for some bizarre reason his figure has turned up on several different cardbacks, including those for Falgos, Major Mo and Zero. 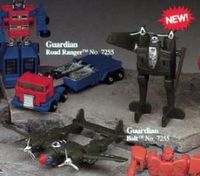